Sometime before Christmas I went on my first group run. I came across it after speaking with Ed from Evossi on Instagram. He organised frequent runs and on that occasion we ran from Old Street through Stratford to the Olympic Park.

A lot has happened since that first group run I atteneded. I’ve covered some mileage in that time and fallen more and more in love with running. Here we are a few months later and I get a tag – the Evossi guys are meeting up again. Hell yeah, I’m in for that!

We gathered at Mile End station on a chilly Saturday morning. The cold has probably put a few people off as the turnout is smaller this time. There’s five of us and I recognise all the faces, either from the last Evossi run or from the NSL sessions. Another reminder of how small the London running community actually is. I’ve not been going to groups for long but I’m already meeting some amazing people and making friends. It isn’t as scary as it seems.

We decide no one else is going to show up and off we head. Rich leads us all in a quick dynamic warm up in Mile End Park before we start running. Initially we run through the park, passing all the morning park runners still going strong. We head down the canal and past Limehouse Basin and then into Canary Wharf.

The Wharf is a strange place at the best of times but has that eery weekend feel as all the workers are home. Surprisingly though there is a large number of people ice skating away to some banging beats at 9:30 in the morning! Good on them.

Back in the Thames we continue south skirting the Isle of Dogs before hitting the Greenwich Foot Tunnel. I’d not been here before and it didn’t disappoint. I absolutely love Victorian architecture. Even in its crudest form, those Victorians knew what they were doing. 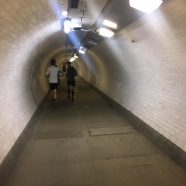 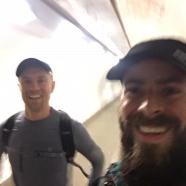 Resurfacing on the south of the river at the Cutty Sark, a quick run up the hills of the to the observatory and our finishing spot in Blackheath. The views were absorbed and we all went our separate ways (In Rich’s case for another 20km!) another great run was had and shared! 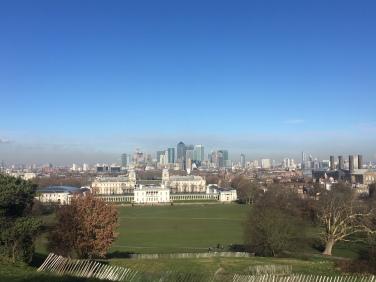 Thanks Ed, Rich and Evossi Explore!

One thought on “A run with Evossi Explore”