Whilst this one was an ‘event’, I’m seeing it more as a run with Reka and then a walk with Krysia (I’ll explain in a moment).

It was supposed to be another run with Ged. He’s clearly sick of me though. He’d found this ‘free’ ultra in London. Limited spaces via event brite for 50 miles along the Thames known as the Thames Bridge Ultra (TBU). It’s a trial of a new ultra where you’ll run the bridges of the Thames starting in Woolwich and finishing in Richmond after a loop around Kingston. It was right in the sandwich of the two 46 milers is booked – Brecon and Dorset. But sod it. This was the inaugural TBU!

As I mentioned, Ged had to pull out. Immediately that made the task a hell of a lot harder. I already accepted that it was going to be a very tough run as it was long, flat and mostly tarmac. Not ideal running conditions. Especially as you run through the night too. The company was going to be the salvation. So I reached out for company.

Reka immediately got in touch to say she’d joint after work (she finished at midnight) in Vauxhall. Krysia also said she’d join when we reached Teddington. That hero that is Daryl would also be about in Kingston for support (although no running for him this time).

I had a little snooze Saturday afternoon and ploughed through a heap of food. The difference of starting later in the day – you have all day to load up! Come 9pm I was standing at Woolwich Arsenal pier with a handful of strangers. Yep. A handful. I should have counted, but I later found out there were just 11 starters. Grantley, the race director explained the route and our challenge and we were off.

I wasn’t expecting this, but they’d put on marshals to cycle alongside and also a back marker (Neil) to ensure everyone’s safety. I really was expecting a free for all to the finish with nothing more than a good luck to go with it! I’m not going to go into all the details of the night but a there were a few things of note for me…

The Thames Barrier. I’d not really run out this way before. It was refreshing to see a new part of London and this engineering marvel for the first time. I’ve promised myself to learn a bit about it. How does it actually work?!

Canary Wharf. The City lit up at night. Last time I ran here at night was a few years back doing the Notharam (London marathon backwards). I hated the view that night. It was always there no matter which way we turned. it became annoying. I didn’t mind it this time though, we ran towards it and then left it in the past!

The city itself. I passed through quite easily without any issues with night revelers enjoying their Saturdays. At London Bridge I stopped and ate and made sure to update the others on my location. It wouldn’t be long now till I reached Vauxhall and met Reka.

Reka. What can I say? So much. Firstly I’m amazed we met so easily. I was expecting to spend much time spent looking for each other! But, as I rounded Mi6 there she was. Reka is amazing. So much energy. After returning from Brecon last week she went straight to work. This time she finishes work and went straight for a run. I asked how long she might run for and she said “to the finish”. Oh! Ok then! Just another casual ultra for her. Incredible stamina and postivity!

It was so good having the company. It was exactly what I needed. We talked on and off and went quite when my mind wandered. And it wandered often. This was tough. I was tired and hurt a lot. My feet were hurting. In fact everything below my knees were hurting. And my stomach was like a washing machine. Thank god for the 24 hrs McDonald’s at Wandsworth (23 miles in). Let’s just say the facilities were welcomed and I skipped the food I’d thought I’d want so badly. 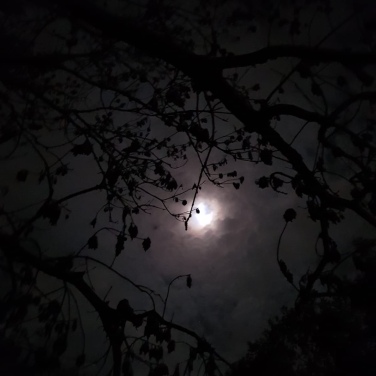 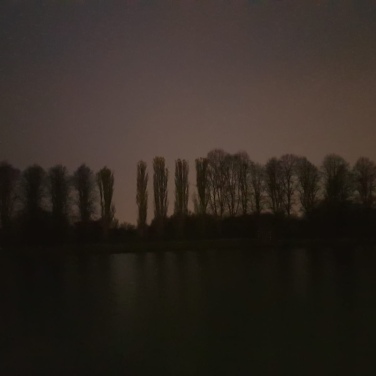 For much of the route there is no need for a head torch as the city lights lit up the way. Along the south bank now though was different. The paths were gravel tracks shrouded with trees. The light was needed.

Weaving back and forth across the bridges we eventually reached Richmond and the 33 mile checkpoint (also the finish line). As we chatted to the marshals we laughed as the river was flooding the banks putting the checkpoint at risk and the ducks and geese were lurking like they smelt blood! I knew if I made it here I’d make it to the finish. 17 miles left. A count down. A few mins of recovery and rest and we carried on.

Soon though we came unstuck. Back on the south side we were caught a few times by the floods caused by the rising river. Twice we needed to think on our feet and climb fences, skirt the sides of little foot bridges and crawl through trees and hedges to get around the water. If our feet got wet it would have been game over and a bus home for sure!

After navigating our way through it was on to a long straight track into Kingston. I was exhausted by now. I slowed us to a long walk. Up ahead at Teddington lock was the lightshow that was Krysia. With her LED ensemble she stood out for us clearly to see. It was good ‘meeting’ Krysia as we’d very briefly crossed paths earlier in the year, only long enough to say “hi” though. She brought some much needed energy  and hugs to spur us on. We carried on walking and soon came across Daryl outside the ‘sparkly’ house. We couldn’t miss that either.

Daryl brought food and drink. Lots of it. Stir Fry and coffee. Although my stomach was still unsettled so I fought back the urge to take it on. Whilst his house was nearby, I didn’t wan’t to make a detour again like Mcdonalds! We said goodbye to Daryl at Kingston and cracked on.

With the support of Reka and Krysia I managed a brief run along the river as far as Hampton Court. It’s probably about 5km but it felt like 10 miles. Once we hit the Turning at Hampton Court Bridge again I made us walk. I was happy to walk all the way back to the finish (maybe about 7 miles away) but I didn’t intend to. Turns out we did. I just didn’t have it in me to even shuffle along. At one point I had to stop for a moment and sit at a bus stop – I was falling asleep and wobbling as we walked. I had caffeine and other stuff with me but I was still too afraid to take them.

I felt bad for Reka and Krysia. They hadn’t come out for a ‘walk’ but I was drained. walking was also colder. Reka was now wearing about 5 layers and had to jump and jog about to keep warm! Even after 30+ miles and a long day at work she had all this energy.

The final stretch was long and felt like it took an age. I kept checking my watch as it lingered on 3% battery. We were nearing 50 miles on the clock, but then I remembered the detours caused by the flooded river. Bollocks, a bit more still to go. The last crossing was the Richmond Lock footbridge. The morning had broken, it was about 8am. Bang in the middle of my 10-12hr estimate. Despite how I was feeling, I was happy with this. It is a real confidence booster being able to calculate my performance and foresee the toughness of a route. The bridge was quite nice. I’m not sure if it was the decent little view or the realisation that it was over. This would be the last crossing we’d make. We crossed and strolled into the finish line to a welcome from the marshalls still patiently waiting.

Almost immediately after us two more arrived. A lady and the Neil, back marker. This surprised me as I thought there were still about 4 or 5 people out there. That when I was told I was the third person to finish. What?! Whilst a small starting group, this meant over half of the starters had pulled out along the way! The race Director, Grantley, was still out on his bike with Chris, the final runner (whom we navigated the floods with!). We stuck around drinking soup and eating cake until Chris came in. Job done. Time to go home and bath and sleep.

I can’t thank Reka and Krysia enough. I know for certain I would have bailed on the race too if it wasn’t for them. IT lived up to my expectations of being long, flat and hard. The temptation of getting a bus home or staying at Daryl’s would have been too much to overcome if I was alone!