Here is a face that is recognisable from my trip last year to Burma. On that trip I met a number of people with passions and stories from running that really left a mark on me. Angela is one of three people on that trip that I immediately bonded with and have kept in constant touch with since.

This RunWithDai took place in a setting different to most of the others….we were in Oman!     I signed up to the Muscat marathon later in 2017 and reached out to people I knew who might also be interested in running and travelling. I shouldn’t be surprised that Angela and Stephane took up the call and came to join me on an adventure.

At this point I was a few days into my 25 day run streak (supporting Lydia in their 100 day streak, I’ve some thoughts about run streaks if you’re interested!) and, the night before the marathon I needed to squeeze a mile in. Angela came out to loosen the limbs with me and we set off to explore the area around where we were staying. Initially we thought we’d run to the start line to get an idea of the journey for the morning, but we soon realised it was less than 10 mins walk away, so we set off in the opposite direct.

At this point it was late at night, dark and we were stuffed full of amazing local delicacies (we really did over indulge). So the run itself wasn’t particularly scenic. We did however put each other in the right frame of mind for the somewhat longer run that was to follow in a few hours time! Read my review on the muscat marathon for more insights! 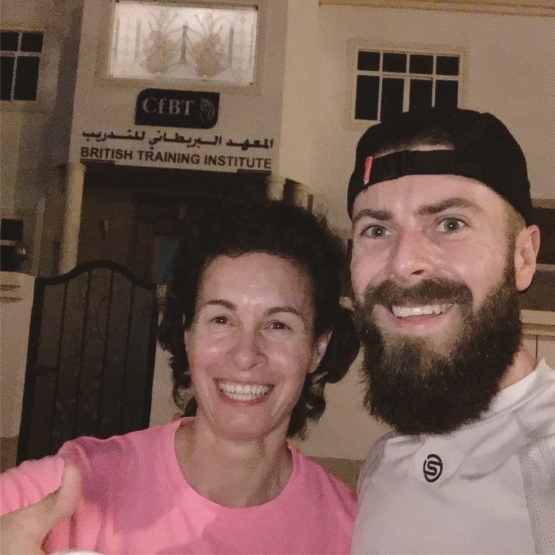