Don’t get too excited. It’s not a newbie. It’s Alex again. Marathon Alex = Browner. This was the Friday before the Brighton marathon. Our little shake out run. A planned 5km meeting at Holborn and running embankment and a loop via Waterloo and Leak Street Tunnel.

We used the run to catch up, it had surprisingly been a while and we’d been busy buying houses, quitting jobs and making plans. We also used to run to gauge the weekend. Discussing how we felt. What we wanted and how we were going to do it.

Short story is we agreed to run together. Alex’s pace, which was good for me, all the way to get he finish. A few logistics to be sorted and we’d also meet on the Saturday to grab some food in Brighton. We joked about making a t shirt with ‘Hype Man’ sprawled on it. No joke, I went and had it made on the Saturday. My task was to encourage Alex and to take the piss out of the crowd (read the review of Brighton to see how that went!).

Inevitably we got lost. Somehow we passed Waterloo. So we double backed. Eventually we found the tunnel. Quick photo and we were off again. I left Alex at Waterloo and I ran back to the office. The 5km turned into 6 miles for me. I’d also run into work that morning. So much for tapering! 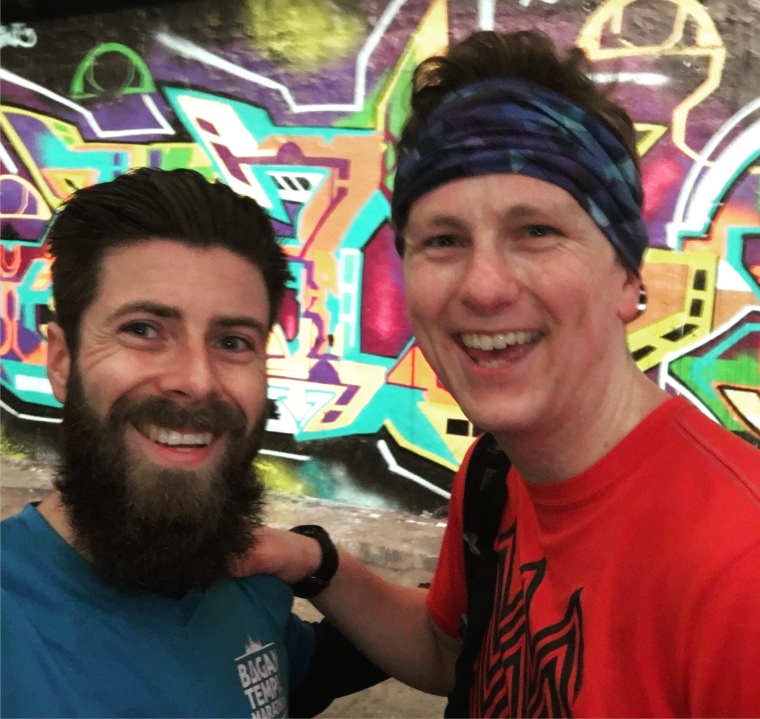