If you’ve read about the last run I did with Nathan, you’ll know we’ve been friends for a long time, are both from Swansea and now live together.

It was Christmas and we were both back in the ‘land of our fathers’ for a few days for all the typical face stuffing over indulgence that the festive season brings. That doesn’t stop Nathan from focusing on his goals though. Nathan has been a fan of Park Runs for quite some time and, before moving back to London, was a regular at the Gnoll Park run, both running and volunteering to keep it going. I on the other-hand had never done a park run. Nope not one. That was about to change, it was the 23rd of December and he was dragging me to his old stomping ground. 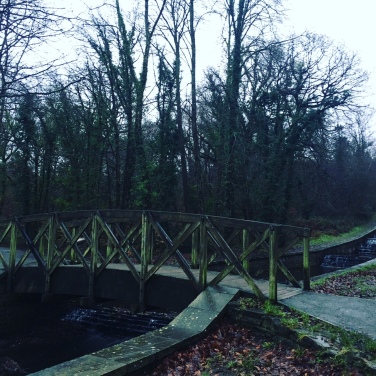 Amazingly, despite living so close for most of my life I had never been to the Gnoll Country Park. First Impressions were “wow”. My kinda place, vast, trees, lakes, hills and mud! We rock up bloody early (a good hour before the start!) as Nathan is an organised kinda guy. He shows me the route and we stop for a few of my special blurry face photos. 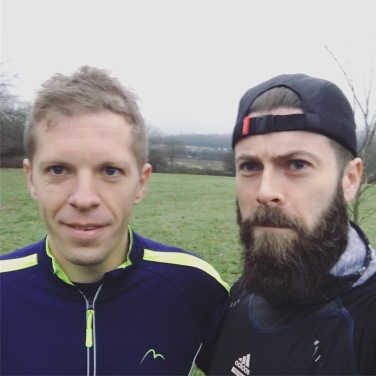 As the park starts to fill with runners he introduces me to a few of his old club mates and I can sense (it was bloody obviously really, I didn’t need to sense a thing) his competitiveness start seeping out of him as he tells me their typical times and P.B.s. He goes off to do his pre-race warm-up (fair play to him, he does things properly) and I chatted with an old school friend who’d come out early that wet morning to cheer us on (he didn’t cheer once but he did throw a few insults our way, good lad).

I enjoyed the run, spending the first lap and a half (you do 3 of various paths) running with some of Nathan’s friends before stepping it up for the final lap.Nathan was well out in front, coming home as the first finisher and breaking his course PB. I came in in sixth, and a 5km PB for me. Happy days. Time for a coffee and breakfast.