A stranger until recently (and this being just the third time we’d met!), Steph had patiently suffered me waxing lyrical about running. And then she went and signed up to a half marathon as a result. This could mean only one thing, we were going to go for a run! 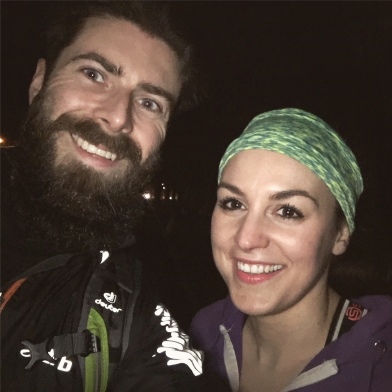 With her training starting and her secret ambitions (not such a secret anymore?) to be a speedy ninja and surprise her housemates (who’d she’d be running with) we finally found time to get out and run. After numerous failed attempts, we finally met at Clapham Common one dark evening after work. Running along the perimeter of the park, navigating the trail with the slither of light from the passing traffic (I forgot the head torch!) we covered off a brief 5km loop before heading home.

Most of the time we were running, besides laughing uncontrollably each time one of us ran into a branch or tripped on the uneven ground, we talked about mental health issues and stigmas. Working in that field its inspiring to hear first-hand about the work and research being undertaken and the support that people can receive. Steph is pretty damn inspiring and among many other things has created a channel for Positive Affirmations. I highly recommend you check it out!