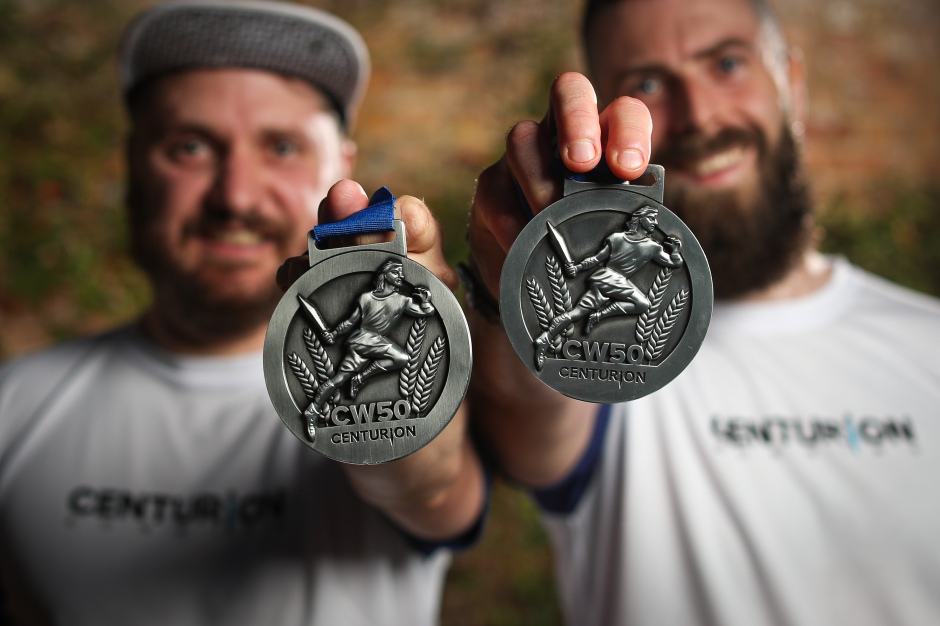 Running is life. You can read into and over analyse that as much as you want, you won’t get the intended meaning behind it. It was a phrase Nick and I screamed at each other several times during the later stages of the Chilterns Wonderland 50 mile race by Centurion Running. Every time it had us laughing and singing. Its a play on a phrase from a tv show and we’d follow it up with football chants of each other’s names. It is always the simple things that bring most joy. I interpret that to be its meaning in the show too, find joy in what you do. There was plenty of joy on this occasion. It was Nick’s first 50 miler and his longest run to date. We were happy for so many reasons. One thing was clear to me though, he has come a long way!

Transformation. Change. Progress. Development. Whatever word you want to assign to it. It was visible to me. Obviously visible. We judge ourselves constantly. We are hard on ourselves and our own worst critics. But others have that external perspective. As an outsider I can see how Nick has changed when it comes to running. I was there running alongside him when he started running again, for his first marathon, his first ultra and for many runs in between. I’ve seen, and laughed, as he suffered like we all do, hitting the wall, fuelling poorly, struggling up hills, sliding in mud and managing the post race wobbly legs. This time was different though…

After his first ultra, I wrote about ‘Ultra Nick’. I recalled the sadistic joy of watching him go through the pain of discovering himself, I laughed at the grunts and ‘fucks’ he uttered with each change of terrain and slight hill as the race went on and I related it to the different versions of yourself you create each time you push yourself that bit further. That day I said he was now ‘Ultra Nick’. Now he is something else, something more.

So what has changed now? Familiarity for a start. He now has experience. Each run is a learning curve. Each run tells us a little something more about ourselves. We gain a better understanding of how we feel. What are limitations are. What are strengths and weaknesses are. What to expect with each passing mile and each new step into the unknown. We may not feel it, but it shows. I can see Nick running with more freedom. Less fear of the unknown and with greater confidence it what he is capable of. A stronger ability and willingness to adapt as the run goes on. Whether that’s feeling better, recognising the signs the body (and mind) send out, accepting when to stop and rest and when to push on and endure. There’s certainly less encouragement from me and less need for me to share my experiences as he now has plenty of his own to work with.

Above all, he now he runs with freedom and with complete unadulterated joy. Running is life.

How did the day go…? When we arrived at Goring Village Hall for registration, the morning was very overcast with a low mist covering the town. We breezed through registration and were ready to go 10 mins into the rolling start window. The race began with a short trot down the Thames before we took the planned detour due to the path being closed. Nick was already cursing at the realisation he’d somehow recce’d the route in the reverse direct. I was happy, I knew I didn’t want to run along this section after running all day.

As we reached the first climb a friendly runner sped passed, powering up the hill as he wished us a good day. He looked like a competitor, a winner. Nick called it out. Later that day it was confirmed he did indeed win the race in a ridiculously quick time.

It wasn’t long before we reached the first aid station at Tokers Green. It was brilliant. Set up like a 1980s birthday party with cocktail style savoury snacks galore and Ribena. Excitedly I gulped back a few cups whilst tucking into my own bacon sandwich and half a pork pie. This would keep me going for a while and make my pack start to feel a little lighter – the pie was hefty.

As we set back out the mist was well and truly gone. The morning was heating up rapidly and the sun was shinning brightly. We soon found ourselves running into the Country Estate of Crowsley Park. It’s such a beautiful space (ignoring the massive BBC satellite dishes on the grounds) and the tranquillity was momentarily broken by an expletive-ridden squeal from Nick as he jarred his knee and fell to the ground like a sack of potatoes. The family with young kids in front didn’t look too impressed by his choice of words but thankfully he was ok after a few minutes of catching his breath. No lasting damage, just the shock of coming into contact with the ground sooner than the mind expected it.

Another quick stop at Bix where the second aid station saw Nick encounter many familiar faces who he’d met along the Woldingham marathon a few weeks earlier. From here the route took us through another glorious open space – Stonor Deer park. here we were happily chatting away to other runners including a guy from South Africa who told us stories of all his Comrades finishes. We realised how much our pace had increased as we talked to him so had to encourage him carry on and to let us drop back before we passed out trying to maintain it!

The day was now very hot, it didn’t feel like a mid September kind of day! Thankfully though my mind was distracted by the route. Since Bix I was in unchartered territory having never run this section of the Chilterns before. It was delightful and continued to be excellent with plenty of very runnable terrain. There were plenty of hills to break up the running and the route felt like it was a roller coaster – as soon as you were at the top of a climb you would then go straight back down. there was a pleasing symmetry to the terrain and elevation of the climbs and subsequent descents.

A tough climb up Ibstone to the windmill soon greeted us. It was probably the steepest in the route but thankfully short. The garden fire and smoke at the top made it difficult to capture our breathe though. Further on another short climb took us to the school and halfway point aid station.

We planned for a rest here. Nick found a throne and sat down to be treated like Royalty by the volunteers who pandered to his needs. Dimi, with her beaming smile greeted me and whilst we talked Phillip (a veteran of Centurion races) rocked up. After we rested for a little while we then carried on. Ready for the day. More of the same planned, chatting and joking from the moment we left.

After running through another 10km or so of fields and woodlands we arrived at the next aid station. Here everyone was fighting for the shade. It was very bright now and salt was visible on most runners. The coke had run dry and we stayed a little longer as a resupply was imminent. It worked out well as Nick needed fuel and I wanted the Coke. We stayed a little longer than planned but it was very much needed and would set us up for what was to come.

After leaving the aid station we ran with Melanie and Kirsty for a while as we all kept similar pace. I was pushing Nick now though. I was conscious that when he gets chatting there’s no stopping him. He loses focus slightly and gets too comfy. They all joked I ‘wouldn’t let him off the train’. It’s true, the whip was out. We pushed on.

Before long we were bounding down the long straight to Grim’s Ditch. I knew where we were now having run this section at night many years ago. The train was running free and we made a small bit of time over the many familiar faces we’d been seeing all throughout the day. As we entered the small aid station we knew it would soon be filled with all the other inners immediately behind us. We were in great spirits here and were singing Mr Sandman with the volunteers and laughing to ourselves as we left.

It wasn’t far to go now. The reality has set in with Nick that we were 100% finishing. The cut offs would not be a concern. We were an hour ahead of it with a 12 hour finish looking likely. As always though, the confidence of knowing the end was in sight started to play on Nick. The possible 12 hour finish was soon changed as he suggested 11.5hrs might be possible. Soon after he changed the goal again thinking 11hr could be achievable. It certainly was, but bloody hell I was looking forward to a relaxed finish not a frantic one.

And so we ran. We kept running. The last few km were mostly downhill. We kept going. Kept catching runners. Kept overtaking them. The train was now a runaway. We were still enjoying it. The sun starting to set on the fields. We were thankful that the increase in pace meant we wouldn’t be needing to get the head torches out as we ran through the last of the forests and soon reached Goring for the last few streets.

Into Goring village we ran. The cheer of the finish line now audible. Residents on the street clapping us in as we we to and around the village hall. The excitement and elation as we finished was a great feeling. We’d done it. He’d done it. Nick was a 50mile finisher now!

We immediately changed into the finishers tee so I looked less salty for the finish line photo. Stuart, as always, captured and immortalised the magical moment. What a day. What a run.